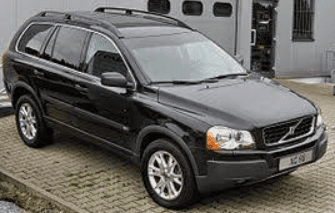 Remove:
 the cable from the battery negative terminal.
First read see BATTERY, DISCONNECTING.
 the cross stay between the suspension turrets
NOTE: As the illustrations in this service information are used for different model years
and / or models, some variation may occur. However, the essential information
is always correct.
CAUTION: There are a number of versions of the variable valve timing unit. Therefore
it is extremely important to always read the information referring to the
engine variant/model year to be remedied.
NOTE: Crankshaft and camshafts must not be turned more than is stated in the method
description If the shafts are turned in any other way the valves may be damaged.

 the air intake hose for the turbocharger (TC) from the air cleaner (ACL) cover. Put to one side
 the upper timing belt cover
 the cover over the ignition coils
 the upper engine stabiliser brace
 the camshaft position (CMP) sensor housing
 the trigger wheel
 the servo reservoir and the expansion tank. Lift up and place on top of the engine.
 the auxiliaries belt
 the front timing belt cover.
ALIGNING THE ENGINE ACCORDING TO THE MARKING 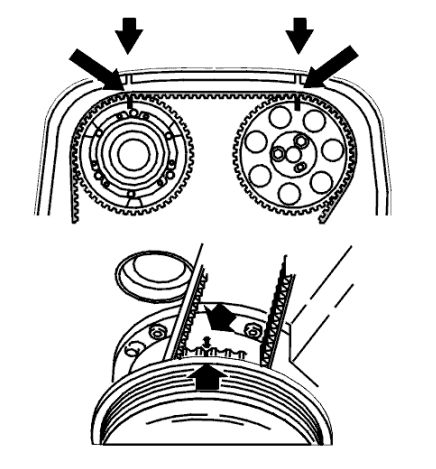 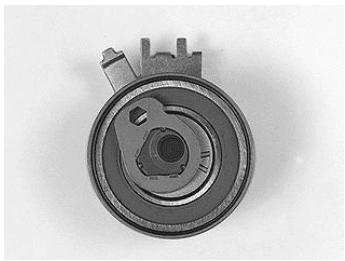 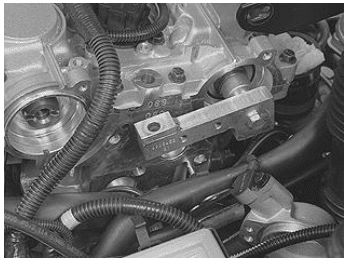 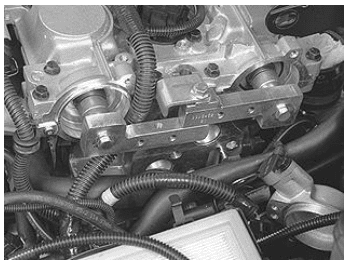 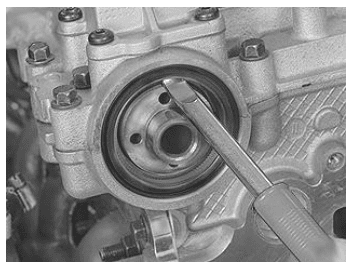 Carefully press in tool see 9995651 between the sealing ring and the camshaft. Carefully pry out the seal.
Cleaning
To clean the shaft journal and mating surface, use emery cloth P/N 951 1024.
NOTE: Use paper to collect any spilled oil under the variable valve timing units.
NOTE: When cleaning work around the shaft journal, not in and out. It is essential that
any residue from the emery cloth and any other contaminants are completely
removed before the new sealing ring is installed. 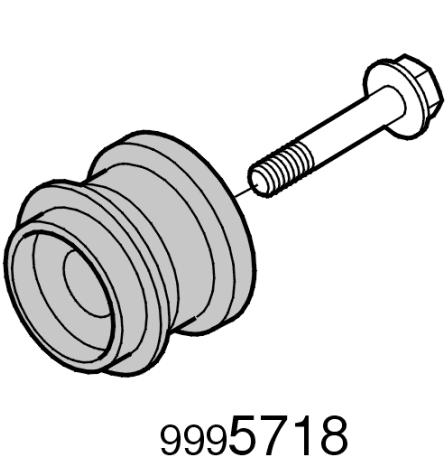 Install:
 the trigger wheel
 the camshaft position (CMP) sensor housing and a new cover
 the intake air hose between the turbocharger (TC) and the air cleaner (ACL) cover
 the engine stabiliser brace. Tighten the screws at the suspension turrets and the screw for motor bracket
 the negative battery cable. First read see BATTERY, DISCONNECTING .
CHECKING THE ENGINE
Test drive the car to check the function of the engine.

Zulu
Manage Cookie Consent
We use technologies like cookies to store and/or access device information. We do this to improve browsing experience and to show personalized ads. Consenting to these technologies will allow us to process data such as browsing behavior or unique IDs on this site. Not consenting or withdrawing consent, may adversely affect certain features and functions.
Manage options Manage services Manage vendors Read more about these purposes
View preferences
{title} {title} {title}